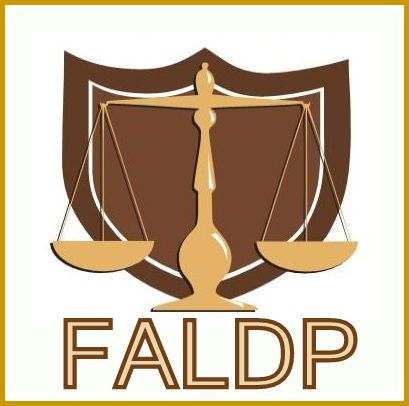 One of the most important issues in a divorce or paternity action, and often the most contentious, is child custody and timesharing. When a couple divorces they are required to have a Parenting Plan in place. Likewise, once a Paternity Action is filed in family court, part of that process includes a Parenting Plan.

Some counties and circuits have adopted a standard Parenting Plan. However, timesharing schedules are best based on what works best for each family. The best interest of the child is always the primary concern. When the parents can't agree on what's best, they are generally referred to family mediation to try and work out a reasonable schedule. If the parents can't agree even after attempting to mediate, the decision is left to the judge. Family court judges consider a list of factors to decide child custody and timesharing.

Sometimes circumstances change. Childrens' needs change over time. The Parenting Plan that worked fine at the beginning may no longer be best for the child. Or, the parents have agreed on multiple minor changes over time, so that the actual timesharing arrangement is completely different from the formal Parenting Plan. Sometimes parents agree to modify the Parenting Plan and Child Custody, and sometimes there is no agreement at all. If there is no agreement between the parents, and no agreement in sight, either parent may file a Supplemental Petition for Modification of Child Custody and let the court decide. In that situation, the petitioning parent will need to prove the existence of substantial change affecting any of the parties.

What is "Substantial Change"?

The following information is meant to explain some of the case law and statutes surrounding the definitions of substantial change relative to child custody. As with most facets of family law the standards and definitions are continuously evolving. Nothing here is meant to be interpreted as legal advice, only information. If you would like help preparing legal documents for modification of child custody -- we can help. Please read on, and if you feel your situation has undergone substantial change, please contact us.

The Florida Supreme Court case, Wade v Hirschman, 903 So 2d 928 (Fl. Sp. Ct. 2005) relied upon the lower court case, Cooper v Gress 854 So 2d 262 (1st DCA, 2003) in establishing the correct two prong test used to decide child custody modifications: substantial and material change in circumstances; and the best interests of the child. In Cooper the wife, who was the moving party, alleged as a basis for substantial and material change in circumstances that:

In Cooper the Wife Alleged:

And, In Cooper, the Court found:

(1) the parties do not effectively communicate with each other, but they would be unlikely to communicate effectively no matter the custody arrangement; (2) the father’s illness was in remission rendering his inability to care for his children due to his illness a moot point; (3) the parties did not have an agreement

included in the final judgment stating that the issue of child custody would be revisited at a specified later date, such as the children’s entry into school; (4) wife failed to prove that there had been an unanticipated substantial and material change in circumstances since the entry of the final judgment -- despite the wife using those “magic words” substantial and material change in circumstances she was unable to offer any compelling evidence to persuade the Court. The wife further argued that when a party alleges a change in circumstances the Court is obliged to examine the issue of best interest of the children as if it were ruling on an original custody determination. The Court disagreed.

The Florida Supreme Court case, Wade v Hirschman, states “… unless otherwise provided in the final judgment, the two-part substantial change test used in Cooper applies to modification of all custody agreements”. In Wade the father’s assertions that there had been a substantial and material change in circumstances were upheld as follows:

(1) evidence of parental alienation of the father by the mother; (2) failure of the mother to cooperate with the parenting coordinator and comply with the parenting agreement; (3) violation of shared parental responsibility as evidenced by mother’s unilateral change of the child’s elementary school and the child’s therapist; (4) mother was in contempt of Court for her actions relative to visitation.

(1) father took the child to the doctor ten times -- the mother only once; (2) mother failed to provide the child with appropriate medical care by refusing to have the child inoculated for chicken pox and failing to keep other vaccinations current; (3) there was more structure in the father’s home and the child would have her own room and bathroom there; (4) if the child lived with the father she would not have to be placed in after-school care; (5) mother had moved several times since the divorce and the father’s home would provide a more stable school environment; (6) father had “a superior capacity and disposition to provide the child with medical care”; (7) mother’s frequent moves resulted in the child not having a stable and satisfactory environment. Custody modification was granted to father, with one judge dissenting.