A paternity action is like a divorce, but for unwed parents who are separating. The central document that must be filed is called a Petition to Determine Paternity and Related Relief. This process is especially important for unwed fathers, because child custody automatically goes to the mother if the parents were never married. Countless unwed fathers struggle to see their children, and often do not understand that they have no standing as the legal father until the family court orders it.

These facts become even more important when it becomes clear that a father can be ordered to pay child support, but has no right to see his children. Frequently, a father will receive a complaint for child support through the Department of Revenue, and he attends eagerly, hoping that the judge will grant him the right to see his child. But, if the hearing is before a family court magistrate, the father quickly learns that the magistrate has no power to order child custody or visitation (timesharing). So the father is left with the obligation to pay child support, with no mechanism to exercise his parental rights.

Watch the video to learn more. 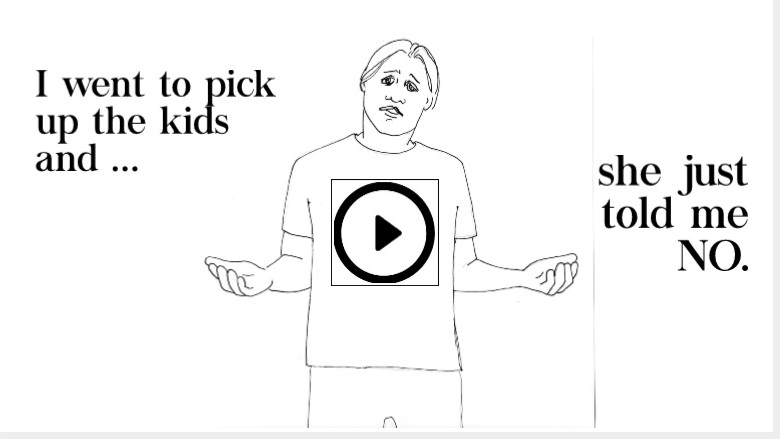 Like divorcing couples, unwed couples who are seeking a Paternity Action and have filed the Petition to Determine Paternity and Related Relief are required to take the four hour Parental Education and Family Stabilization Course, commonly called the Parenting Course.

The courts encourage all parties to take the course as soon as possible once their case has been filed.

In addition to the discovery of newly found evidence, as the basis for a Petition for Disestablishment of Paternity, other specific circumstances must exist.

For example, a few of the circumstances that must exist are:

Another requirement is that there is scientific testing that excludes the alleged father as the biological father. according to F.S. 742.12(2) the court may: "require the child, mother, and alleged fathers to submit to scientific tests that are generally acceptable within the scientific community to show a probability of paternity."

The statute does not specify that a DNA test is required. But, in general, that is what the statute must mean. It also seems reasonable that a scientific test showing that the alleged father is sterile would satisfy the court that he could not be the father.

The Florida courts accept "over the counter" DNA test kits which have been verified by an authorized party, as legal DNA tests. This may be a substantial savings if you need to have a DNA test done for court. Nowadays the DNA test is a mouth swab test, and does not require a blood sample.

A "rebuttable presumption" is created that a child is, in fact, the biological child, of the husband, married to the child's mother. The husband is the legal father, unless he proves otherwise and disestablishes his paternity. The courts may be reluctant to disestablish paternity when the child has bonded with the alleged father, even if he is not, in fact, the biological father.

When a married couple separates but remains married, and the wife continues on to a new relationship and has a child of that relationship; the husband is technically considered the legal father. This is just one of the many reasons to make a clean break when separating; and decide to divorce through the courts as soon as it is clear. A man can become financially responsible for a child he had no part in creating, if he does not divorce the mother before the child is born or conceived; or disestablish paternity.

Reasons a Petition May be Denied