As a very obvious matter of public policy, Florida courts want children to be financially supported by both of their parents. Financial support does not fall just to the mother or just to the father. It is both. When parents divorce, a child support order is almost always put into place. When unwed parents have a child together and then separate a child support order is not so automatic. One of the parents must request that child support be ordered by the court. There are two ways to do this. A custodial parent can contact the Florida Department of Revenue (DOR) and request their assistance. Or either parent can file a Petition to Determine Paternity and Related Relief, which is similar to a divorce - unwed parents who have a child together and have separated. Sometimes a child, when the payor does not pay or falls behind, a child support order needs to be enforced through the courts. And sometimes, circumstances change, and the child support order needs to be changed to fit the parents' current financial abilities and the needs of the child.

When calculating child support both parent's incomes are considered along with other financial factors. These additional factors include:

The Florida Courts publish a Child Support Guidelines Worksheet which is used to make these calculations. Even when one parent makes a lot more or less than the other parent, the goal is to ensure that both parents contribute to the child's support according to their abilities. 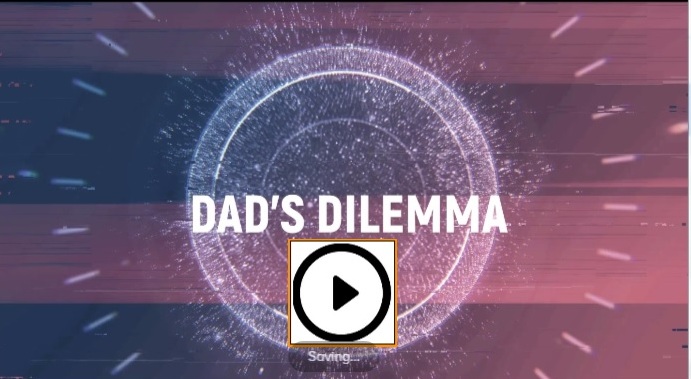 In this context "substantial" means the opposite of "minor" or "trivial". The fastest way to irritate a family court is to repeatedly bring minor issues to court. Family court judges expect adults to act like adults, and to act in the best interests of their children. The change in circumstances must be unanticipated at the time of the order which is being modified; must be permanent; and must be involuntary. A payor who quits a job or hides income to avoid paying support is playing a dangerous game that the courts have seen a million times. Even payors who take a pay cut to go back to school are often ruled against in child support modifications, because returning to school is voluntary.

An involuntary loss of income may include being laid off from employment; being terminated by an employer; an increase/ decrease in salary; or suffering an injury that prevents earning an income, or the same income. Unanticipated refers to unanticipated at the time of the most recent child support modification or order. And permanent generally means that the change in circumstances will last at least one year. The substantial change can affect any of the parties - parents greater or lesser income; children's greater or lesser need; and a change in overnight timesharing.

If a parent who has been ordered to pay child support falls behind on those payments, the Court can order the payor to pay a purge amount that the payor can afford. If a parent lacks the financial ability to pay the purge amount set, for example due to layoff from a job, injury, or health problems, among other possible circumstances, then a driver’s license cannot be validly suspended.

Although many people suffer civil sanctions such as driver's license suspension and even incarceration, these are often unnecessary.

In Florida, unfortunately, many low income parents suffer driver’s license suspensions or incarceration for contempt of court for failure to meet child support obligations pursuant to court orders, even when the parents lack the financial resources to meet those obligations.  The financial problems can be compounded when the State of Florida suspends the driver’s license, calling this necessity in modern society, a “privilege, not a right.”  A struggling parent may completely lose the ability to work, lacking transportation. Incarceration can wreak personal havoc on precarious finances, and some parents never fully bounce back.

In Gregory v. Rice, 727 So.2d 251, 253-254 (Fla. 1999), the Supreme Court of Florida explained that when a parent fails to meet a child support obligation, a trial court may hold the delinquent parent in civil contempt. However, the trial court is authorized to do so only when the parent has the ability to pay a purge amount.  The court explained that “regardless of whether the sanction is incarceration, garnishment of wages … [or] the revocation of a driver’s license, … the court must provide the contemnor [i.e., the non-paying parent] with the ability to purge the contempt.”  If the delinquent parent has no “present ability” to pay the purge amount, then he or she cannot be held in civil contempt.  In 2005, Florida’s Fourth District Court of Appeal in Larsen v. Larsen, 901 So.2d 327 (Fla. 4th DCA 2005), extended this line of analysis to cover suspension of the driver’s license of a parent who fails to meet a child support obligation.  The Larsen case explained that “[b]ecause the suspension of a driver’s license constitutes a civil sanction,” the trial court must first “determine that the contemnor [i.e., the non-paying parent] has the present ability to pay the purge amount.”

This is so even though it appears to conflict with Florida statutory law. Florida Statutes section 61.13016 provides that a child support obligor who has been given notice of the intent to suspend his or her driver’s license may petition the court to contest the delinquency action.  While the statute states that the obligor may contest the notice by showing a mistake of fact as to the delinquency or the obligor’s identity, the statute does not contain wording excusing the suspension for inability to pay. However, the Larsen case explains that the statute must be read in the context of the Florida Supreme Court’s Gregory v. Rice decision, that a driver’s license suspension is a civil sanction requiring the court to find “a present ability to pay the purge amount in order to enter the civil sanction.”

If you have an obligation to pay support and something has changed in your life that makes it difficult to continue to pay, take action. Don't let a single month go by, don't let a small problem balloon into an unmanageable monster. We have seen many parents rack up huge amounts in unpaid child support because they did not know that they could have the amount changed when they really needed it. Most parents love their children, and don't mind paying for their support one bit. But the parent must also be allowed to live and have a life without constant fear of incarceration for nonpayment of child support.

Answer to Complaint for Child Support

After a break up of a relationship with children, the most difficult decisions are how to care for the children. Families who had been accustomed to two incomes and one household, find that now they must stretch the same incomes to support two completely separate households. The breakdown and break up of a relationship is difficult for all involved. It is even more difficult when the parties have not come to an agreement about how to support their children. The financial support of the children is not the obligation of just one of the parents -- it is always both parents obligations to support their children.

If you have been served with a Petition for Child Support and Other Relief, you need to file your answer within the allotted time (generally 20 calendar days). If you don't answer, your ex is most likely going to be awarded the amount requested. This type of petition is almost always generated with the help of the Department of Revenue (DOR), filed in behalf of the custodial parent.  When married parents divorce, child support calculations are almost always part of the process. Not so with parents who were never married.

Children have the right to know and have access to both parents. All too often, unwed fathers are ordered to pay support with no mechanism for time-sharing (child visitation). Be sure to answer the Petition for Child Support, but also learn how to have rights to see your child. A Petition to Determine Paternity and Related Relief, is like a divorce for couples who have a child together but were never married. A child support hearing officer or magistrate will not order time-sharing or visitation -- only a judge may do that. Many unwed fathers appear at the Magistrate Hearing ready and willing to pay child support, but also believing that they will be awarded visitation/ timesharing with their child. This isn't so. The only way for an unwed father to legally assert his paternal and parental rights is to file the Petition to Determine Paternity and Related Relief and associated documents.

Filing this does not mean that the Father's paternity is in question, it is simply the name of the process. The fact that he is on the birth certificate is not enough for an unwed father to pursue visitation, timesharing or child custody. The outcome of the Petition to Determine Paternity and Related Relief will be that he is named as the legal father and will have the same rights as if he had been married and then divorced from the child's mother. Along with the petition documents it is good practice to also file a proposed Parenting Plan to offer a starting point for court ordered timesharing. If the other party disagrees with your proposed schedule of timesharing, the court will likely refer both of you to mediation to work out a schedule that works for all involved.

"You must be the change you wish to see in the world."
Mahatma Gandhi 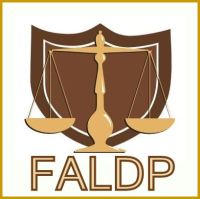 Our member document preparers can prepare the documents you need to file in court to request a modification, establish child support, or answer a complaint for child support.

And, remember, we're here to help. If you need help with your documents - don't hesitate to contact us.

Child Support Questions and Answers -Asked and answered questions about child support from our Ask the Members Forum.