Many pieces of our daily personal and business lives are touched in some way by a contract. We have: cell phone contracts, rental agreements, car loans, employment contracts, sales contracts, real estate sales or purchase contracts, and on and on. Almost everything that we do has a contract behind it somewhere or somehow. And rightly so. Ideally, when an agreement is clear, then both parties understand what to expect. Contracts do not necessarily have to be in writing to be valid. And they do not even have to be written to be enforceable, despite that common misconception. An oral contract can certainly be enforced, but it is almost always more cumbersome to do so. And, since memories falter, the written word is always better.

The basis of any contract is that it is an agreement for a fair exchange, a bargain. Each of the parties gives up something to receive something else. Most consumer contracts are consumers trading money for goods or services. The three main parts to any contract are: offer, acceptance, and consideration. If any of those is missing, the contract may not be valid. In simplest terms, the offer and acceptance is the agreement between the parties. Consideration is usually the payment from one party to the other.

Following is a very readable 1954 case that discusses what is and what is not a valid enforceable contract.

Supreme Court of Appeals of Virginia. 1954 196 Va. 493, 84 S.E.2d 516. BUCHANAN, JUSTICE. This suit was instituted by W.O. Lucy and J.C. Lucy, complainants, against A.H. Zehmer and Ida S. Zehmer, his wife, defendants, to have specific performance of a contract by which it was alleged the Zehmers had sold to W.O. Lucy a tract of land owned by A.H. Zehmer in Dinwiddie county containing 471.6 acres, more or less, known as the Ferguson farm, for $50,000. J.C. Lucy, the other complainant, is a brother of W.O. Lucy, to whom W.O. Lucy transferred a half interest in his alleged purchase.

The instrument sought to be enforced was written by A.H. Zehmer on [Saturday] December 20, 1952, in these words: We hereby agree to sell to W.O. Lucy the Ferguson Farm complete for $50,000.00, title satisfactory to buyer," and signed by the defendants, A.H. Zehmer and Ida S. Zehmer.

The answer of A.H. Zehmer admitted that at the time mentioned W.O. Lucy offered him $50,000 cash for the farm, but that he, Zehmer, considered that the offer was made in jest; that so thinking, and both he and Lucy having had several drinks, he wrote out the memorandum" quoted above and induced his wife to sign it; that he did not deliver the memorandum to Lucy, but that Lucy picked it up, read it, put it in his pocket, attempted to offer Zehmer $5 to bind the bargain, which Zehmer refused to accept, and realizing for the first time that Lucy was serious, Zehmer assured him that he had no intention of selling the farm and that the whole matter was a joke. Lucy left the premises insisting that he had purchased the farm.

Depositions were taken and the decree appealed from was entered holding that the complainants had failed to establish their right to specific performance, and dismissing their bill. The assignment of error is to this action of the court.

The defendants insist that the evidence was ample to support their contention that the writing sought to be enforced was prepared as a bluff or dare to force Lucy to admit that he did not have $50,000; that the whole matter was a joke; that the writing was not delivered to Lucy and no binding contract was ever made between the parties.

It is an unusual, if not bizarre, defense. When made to the writing admittedly prepared by one of the defendants and signed by both, clear evidence is required to sustain it.

In his testimony Zehmer claimed that he "was high as a Georgia pine," and that the transaction was just a bunch of two doggoned drunks bluffing to see who could talk the biggest and say the most." That claim is inconsistent with his attempt to testify in great detail as to what was said and what was done. It is contradicted by other evidence as to the condition of both parties, and rendered of no weight by the testimony of his wife that when Lucy left the restaurant she suggested that Zehmer drive him home. The record is convincing that Zehmer was not intoxicated to the extent of being unable to comprehend the nature and consequences of the instrument he executed, and hence that instrument is not to be invalidated on that ground. C.J.S. Contracts, §, 133, b., p.483; Taliaferro v. Emery, 124 Va. 674, 98 S.E. 627. It was in fact conceded by defendants' counsel in oral argument that under the evidence Zehmer was not too drunk to make a valid contract.

The evidence is convincing also that Zehmer wrote two agreements, the first one beginning "I hereby agree to sell. Zehmer first said he could not remember about that, then that "I don't think I wrote but one out." Mrs. Zehmer said that what he wrote was `I hereby agree," but that the "I" was changed to "We" after that night. The agreement that was written and signed is in the record and indicates no such change. Neither are the mistakes in spelling that Zehmer sought to point out readily apparent. 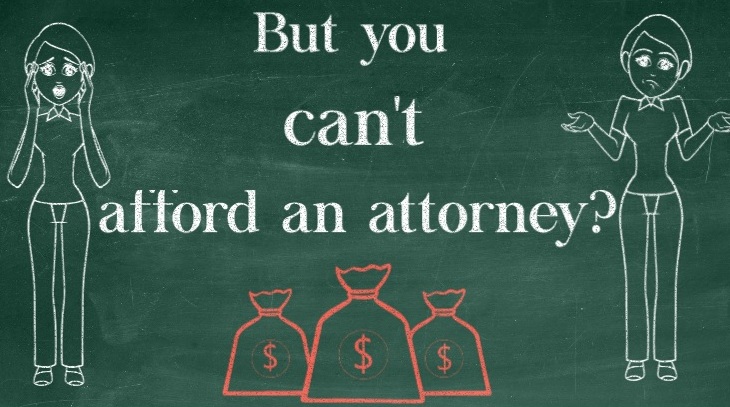 The appearance of the contract, the fact that it was under discussion for forty minutes or more before it was signed; Lucy's objection to the first draft because it was written in the singular, and he wanted Mrs. Zehmer to sign it also; the rewriting to meet that objection and the signing by Mrs. Zehmer; the discussion of what was to be included in the sale, the provision for the examination of the title, the completeness of the instrument that was executed, the taking possession of it by Lucy with no request or suggestion by either of the defendants that he give it back, are facts which furnish persuasive evidence that the execution of the contract was a serious business transaction rather than a casual jesting matter as defendants now contend.

If it be assumed, contrary to what we think the evidence shows, that Zehmer was jesting about selling his farm to Lucy and that the transaction was intended by him to be a joke, nevertheless the evidence shows that Lucy did not so understand it but considered it to be a serious business transaction and the contract to be binding on the Zehmers as well as on himself. The very next day he arranged with his brother to put up half the money and take a half interest in the land. The day after that he employed an attorney to examine the title. The next night, Tuesday, he was back at Zehmer's place and there Zehmer told him for the first time, Lucy said, that he wasn't going to sell and he told Zehmer "You know you sold that place fair and square." After receiving the report from his attorney that the title was good he wrote to Zehmer that he was ready to close the deal.

Not only did Lucy actually believe, but the evidence shows he was warranted in believing, that the contract represented a serious business transaction and a good faith sale and purchase of the farm.

In the field of contracts, as generally elsewhere, "We must look to the outward expression of a person as manifesting his intention rather than to his secret and unexpressed intention. `The law imputes to a person an intention corresponding to the reasonable meaning of his words and acts.'" First Nat. Exchange Bank of Roanoke v. Roanoke Oil Co., 169 Va. 99, 114, 192 S.E. 764, 770.

At no time prior to the execution of the contract had Zehmer indicated to Lucy by word or act that he was not in earnest about selling the farm. They had argued about it and discussed its terms, as Zehmer admitted, for a long time. Lucy testified that if there was any jesting it was about paying $50,000 that night. The contract and the evidence show that he was not expected to pay the money that night. Zehmer said that after the writing was signed he laid it down on the counter in front of Lucy. Lucy said Zehmer handed it to him. In any event there had been what appeared to be a good faith offer and a good faith acceptance, followed by the execution and apparent delivery of a written contract. Both said that Lucy put the writing in his pocket and then offered Zehmer $5 to seal the bargain. Not until then, even under the defendants' evidence, was anything said or done to indicate that the matter was a joke. Both of the Zehmers testified that when Zehmer asked his wife to sign he whispered that it was a joke so Lucy wouldn't hear and that it was not intended that he should hear.

An agreement or mutual assent is of course essential to a valid contract but the law imputes to a person an intention corresponding to the reasonable meaning of his words and acts. If his words and acts, judged by a reasonable standard, manifest an intention to agree, it is immaterial what may be the real but unexpressed state of his mind. C.J.S. Contracts, §32, p. 361; 12 Am.Jur., Contracts, §19, p. 515.

So a person cannot set up that he was merely jesting when his conduct and words would warrant a reasonable person in believing that he intended a real agreement.

The complainants are entitled to have specific performance of the contract sued on. The decree appealed from is therefore reversed and the cause is remanded for the entry of a proper decree requiring the defendants to perform the contract in accordance with the prayer of the bill.