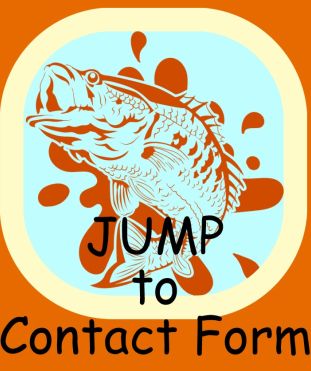 Our association is dedicated to serving Florida Self-represented litigants. We have members throughout the state that prepare documents for consumers. We are not attorneys and do not provide legal advice or representation.

The Fifth Judicial Circuit, located in the heart of central Florida, includes Citrus, Hernando, Lake, Marion, and Sumter Counties, with main administrative offices in Tavares. This sprawling circuit covers a geographical area approaching the size of Connecticut. It borders five different judicial circuits and the Gulf of Mexico to the west.

The Sixth Judicial Circuit, located on Florida's "sun coast", includes Pinellas and Pasco Counties. The Sixth Judicial Circuit is recognized as one of the most efficient trial courts in the nation. The circuit is also recognized nationally for its automation leadership in support of court operations. The sixth circuit's Chief Judge is the Honorable  J. Thomas McGrady.

The mission of the Seventh Judicial Circuit Court is to provide an effective forum for the fair, efficient and impartial resolution of legal and factual court-related matters in Flagler, Putnam, St. Johns and Volusia counties. The Seventh Circuit is bordered to the north by the Fourth Circuit; to the west by the Eighth Circuit and Fifth Circuits; to the south by the Eighteenth Circuit; and to the east by the Atlantic Ocean. The Chief Judge is the Honorable Terence R. Perkins.

In 1935, the Florida Legislature created the current structure of the Eighth Judicial Circuit, comprising Alachua, Baker, Bradford, Gilchrist, Levy and Union Counties. The Circuit spans from the Gulf cost to the Georgia border. The Honorable Robert E. Roundtree is the Chief Judge.

The Ninth Judicial Circuit Court is located in the heart of Central Florida and is one of 20 judicial circuits in the state. Serving Orange and Osceola counties, the Ninth Circuit covers over 2,000 square miles and serves more than 1.3 million residents, making it one of the largest circuits in Florida. Additionally, because of Central Florida’s great sunshine, family attractions, and a strong economy Central Florida plays host to nearly 50 million business and vacationing visitors each year, making this the most visited region of the world.

Centered in the heart of Florida's 20 judicial circuits, the Courts of the Tenth Judicial Circuit serve Hardee, Highlands, and Polk Counties. The tri-county area has diverse localities ranging from urbanized population centers to profoundly rural areas.

Located in the Southern part of the state, the Eleventh Judicial Circuit is largest in the  state and the fourth largest trial court in the entire nation in terms of population served.  Made up solely of Miami-Dade county, there are 123 judges serving a population of over two million people. It is bordered by three other circuits as well as the entire eastern border being the Atlantic Ocean.

Bordered by the Twelfth Circuit to the south, the Tenth Circuit to the east, and the Sixth to the north and west, the Thirteenth Judicial Circuit is made of solely of Hillsborough County.  The Chief Judge is the Honorable Manuel Menendez, Jr., who presides over a total of 61 other judges.

The Fourteenth Judicial Circuit, the second most western Judicial Circuit, is located in the
panhandle.  The circuit is made up of Bay, Calhoun, Gulf, Holmes, Jackson, and Washington Counties and borders both Alabama and Georgia as well as the Gulf of Mexico.  Honorable Hents McClellan is the Chief Judge of the circuit.

Covering Broward County, the second most populous county in Florida, the Seventeenth Judicial Circuit is located in the southeast part of Florida and borders the Atlantic Ocean.  It also borders the 15th, 20th, and 11th Judicial cicrcuits.  The Honorable Peter M. Weinstein is the Chief Judge.

Composed of Brevard and Seminole counties, the Eighteenth Judicial Circuit was created in 1967.  The Honorable Chief Judge John M. Harris presides over the circuit located on the east coast of Florida.  Bordering the Atlantic Ocean, the circuit also borders the Nineteenth, Ninth, Seventh and Fifth Judicial Circuits.

The Nineteenth Judicial Circuit is one of three circuits that borders Lake Okeechobee and one of seven that border the Atlantic Ocean.  Located about midway down the Eastern edge of Florida, the Nineteenth Circuit borders five other circuits as well.  The Honorable Steven J. Levin is the Chief Judge.

Created in 1970, the Twentieth Judicial Circuit was the last circuit established. It is comprised of Charlotte, Lee, Glades, Hendry, and Collier Counties in Southwestern Florida.  Along with the Fifteenth and Nineteenth circuits, it is one of only three circuits that border Lake Okeechobee.  The Honorable G. Keith Cary is the Chief Judge.